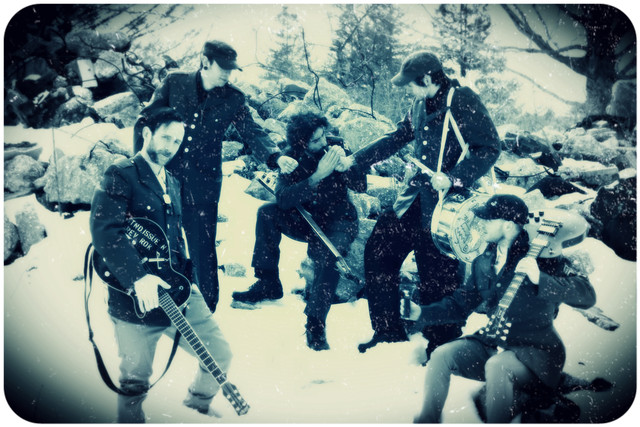 M-Glory is a group of New York City musicians who came together in the interest of making music fun for themselves again. With roots deep in the politi-kil punk scene of the Lower East Side and Brooklyn, MG's lyrical content never strays far from the things they see as axiom, tho it tends to be more personal than other bands and projects they've been in over the years. The music is heavy and melodic and meant to be played out doors under the sun. Big anthemic choruses and sped up verses bring it somewhere in between early Oasis and The Clash (or so it's been heard), yet they defy and abhor labels, preferring just to write what they hear in their collective head, calling music making an exorcism of the insomnia demons. Playing for the despondent, kids who lost their families or come from broken homes, and those who are destitute or trying to exit a bad situation, popularity and commercial success mean nothing to MGlory. (Recently they turned down a deal with a record label because they were told the songs were too long. Ezra said "songs are as long as they need to be and we're not going to change em just so we can be on a big fuckin record label.") If even just one kid out there somewhere hears the music and makes it thru another day, or gets thru life in a shit town where everything sucks and he's tormented and outcast for being gay, or just wearing freaky black clothing, Mglory will have done it's job. The newest record due for release in the upcoming winter/spring occasionally has an accompanying orchestra, or string quartet, and is more piano driven than previous material they've tracked. While staying true to their punk/squatter ethics the band is determined not to be pigeon-holed or labeled, and generally hopes the music will speak for itself. A type of music they're calling "Revolution Rock". (But bearing in mind the only war worth winning is the war within... it's a revolution of the heart and of the mind.) Keeping it dance-able and fun, all thanks is given from the band to the fans, whom they recognize as the real breath and soul of the group. Which makes their job of coming together to make music fun again a pleasure indeed. With this band the audience really IS a part of the music. Without the fans this band would not be happening. M-Glory is a concept that belongs to the fans... and everyone knows it. Revolution Rock On!