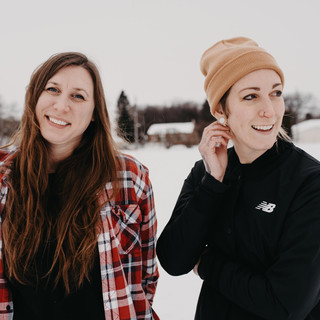 Mobina Galore, based out of Winnipeg, MB, Canada, are a vocally aggressive power chord punk rock duo formed in 2011 by Jenna (guitar/vocals) and Marcia (drums/vocals). They are signed to New Damage Records and Gunner Records (Europe/UK). Their third studio album will be commercially released late 2019. They have toured extensively in Canada, the States, Europe and the UK supporting their two full length studio releases, Feeling Disconnected (2017) and Cities Away (2014), including support tours with Against Me!, Pennywise, Propagandhi and Single Mothers; as well as festivals slots at Groezrock (BE), Punk Rock Bowling (USA), Pouzza Fest (CAN) and Manchester Punk Festival (UK). They were Rock Artist of the Year nominees at the Western Canadian Music Awards in 2017 and have played many Canadian industry events including BreakOut West, CMW, NXNE and JunoFEST. Between touring and releasing full-length albums, Mobina Galore have also released the single “Fade Away” (2018), Singles & B-Sides (2016) and Skeletons EP (2012). CBC Radio 3 named them one of the Top 15 Punk Bands in Canada of 2015 and have had several songs placements on independent TV and film including a feature on YTV’s Open Heart with their song “Bad Love Song”.