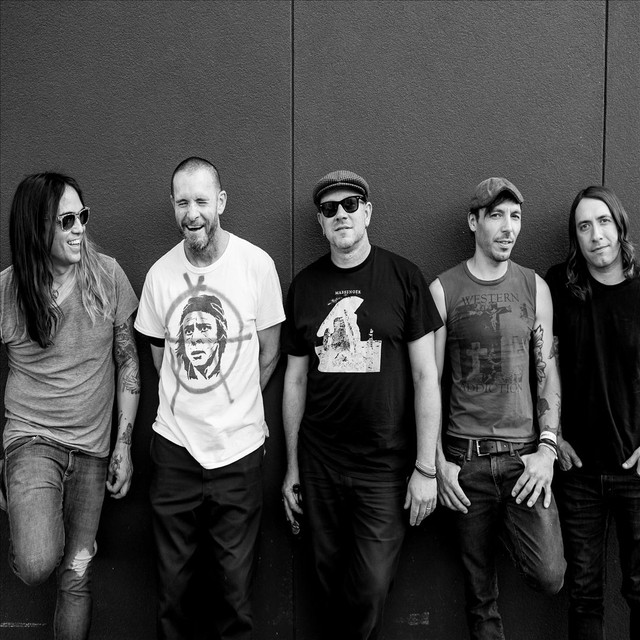 The Swingin’ Utters have been kicking around the San Francisco Bay Area for 25 years now. They’ve met their wives and their best friends on these streets; they’ve grown and aged right here in the Bay Area. This has ignited the very essence of what goes into their value system and more importantly their music, because it is a reflection of those experiences. For example, the band took a break to raise their families, right at the height of their popularity! Did it faze them? Not really. That’s the thing with these guys. It is family first, with music always germinating within those life choices. During the Utters’ semi-hiatus, they all continued playing music in bands like Druglords of the Avenues, the Re-volts and Filthy Thieving Bastards. Their life experiences influence what goes into their records. A case in point is their debut: 1995’s The Streets of San Francisco; their first full length and an essential “streetpunk” masterpiece. Fat Mike took notice of their grit and honesty, and signed them to Fat Wreck Chords. From there they put out a ton of great records, including A Juvenile Product of the Working Class, Five Lessons Learned, Brazen Head, Swingin’ Utters and Dead Flowers, Bottles, Bluegrass, and Bones. For 10 years the Utters toured relentlessly with the likes of Rancid, NOFX, Dropkick Murphys and everyone in between. Which brings us back to celebrating their 25th anniversary, the band fully recharged with their second album in three years and no signs of slowing down anytime soon.