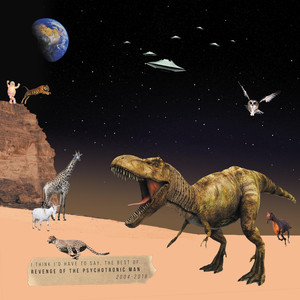 Revenge of... originally formed in 2004. We've since drank our way through numerous gigs and tours all over the UK and mainland Europe. Our 2009 album, 'Make Pigs Smoke' has received rave reviews including 5/5 from Big Cheese, Rebel Noise and Shot in the Foot and amazing reviews from established and respected mags/fanzines such as Razorcake, Lights Go Out, Riot 77, Mild Peril and Last Hours. We also have a 7 track split ep with our friends, the Fractions on TNSRecords. In 2011 we released a split EP with The Mighty Midgets, Fist of the North Star and Broken Aris which is released by TNS in the UK, 5FeetUnder in Denmark and Stikman in the USA and has again received critical acclaim. We released our 'Shattered Dreams Parkway' album in October 2012 on a collective of independent labels on CD and vinyl. It has again received fantastic reviews. In 2013 we released a 7" vinyl of our Radio 1 Session at Maida Vale for the Radio 1 Punk Show. In 2014 we released our 10 year anniversary 7', which includes two new recordings of old tracks and two dance remixes. 2015 saw a split LP released with Leeds folk band, Bootscraper. The bands play covers of each others tracks. In 2016 we released a 17 track album called 'Colossal Velocity', which was again critically acclaimed by underground zines and more mainstream publications ( Kerrang! KKKK) All our music can be streamed here: http://revengeofthepsychotronicman.bandcamp.com We've shared the stage with the likes of Bad Religion, NoMeansNo, Discharge, Subhumans and many, many more. Andy co-runs TNSrecords and Manchester Punk Festival, so please check those out. www.tnsrecords.co.uk www.manchesterpunkfestival.co.uk www.revengeofthepsychotronicman.com https://revengeofthepsychotronicman.bandcamp.com/ https://www.youtube.com/watch?v=PYYCrsHhusg