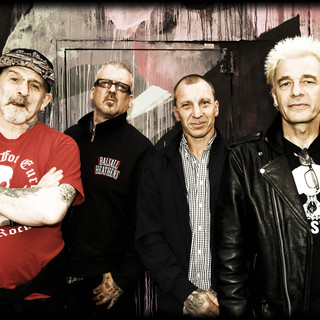 formed late 1979 GBH have been described as one of the forerunners of the UK82 sound and an influence on bands as diverse as metallica,queens of the stone age,rancid,slayer,anthrax,nirvana,and a host of younger punk bands.they have continually recorded albums and toured worldwide since they started.currently writing songs for the follow up to 2010`s Perfume and Piss cd on Hellcat records.dates are being added to their touring schedule regularly.