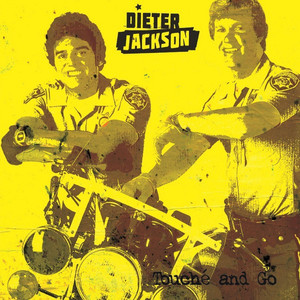 DIETER JACKSON are a punk rock band formed in 2011 in Kiel, Germany, created as a response to the breakup of the punk'n'roll group THE BAD DAYS. Dieter Jackson's first album "Touché and Go" was released by JanML Records in 2013. In 2015 Dieter Jackson teamed up with Oslo's BLOODLIGHTS, built around former GLUECIFER guitarist Captain Poon, for a 7-inch-SPLIT-release featuring 4 new songs. So far DIETER JACKSON have shared the stage with people like GUITAR WOLF, PETER PAN SPEEDROCK, THE GENERATORS or SONNY VINCENT and are now working on their second full-lenght-album. "... a burst of Rock ‘n’ Roll that sounds like it was brewed in a garage of teenagers, then polished to perfection!” (PUSH TO FIRE WEBZINE (Australia) / 22.03.2014)